… said no guy, ever.  However, I’m talking about the four wheel monstrosities that crowd up the roadway and literally DRIVE YOU OFF THE ROAD when they decide that the left lane seems more happenin’.  On my way to boot camp today, one of these army tanks came careening at me, forcing me to nearly make a car faceplant into the shoulder barricade.  It’s at that moment when I wished I could transform my car into a Monster Truck and literally drive up and over him with the words “Hostile Territory” dramatically airbrushed on my bumper.

And here’s my question to the driver of this vehicle: Where are your friends?  Ya know, the ones that should tell you that buying an army tank that you paint iridescent green and put chrome wheels on is not a cool move.  Especially because those wheels will tip everyone off to the fact that you, my friend, are not going into any off-road combat situations anytime soon.  But… I digress.

Onto tonight’s meal – I must say that Zucchini Boats are in major rotation ’round these parts this summer.  It’s a great way to cram in all the delicious flavors that you love in a low carb boat of goodness. (And I stuff my boats like I used to stuff my bra in 7th grade…heavily). Bonus points: This recipe makes enough for leftovers for lunch all week. 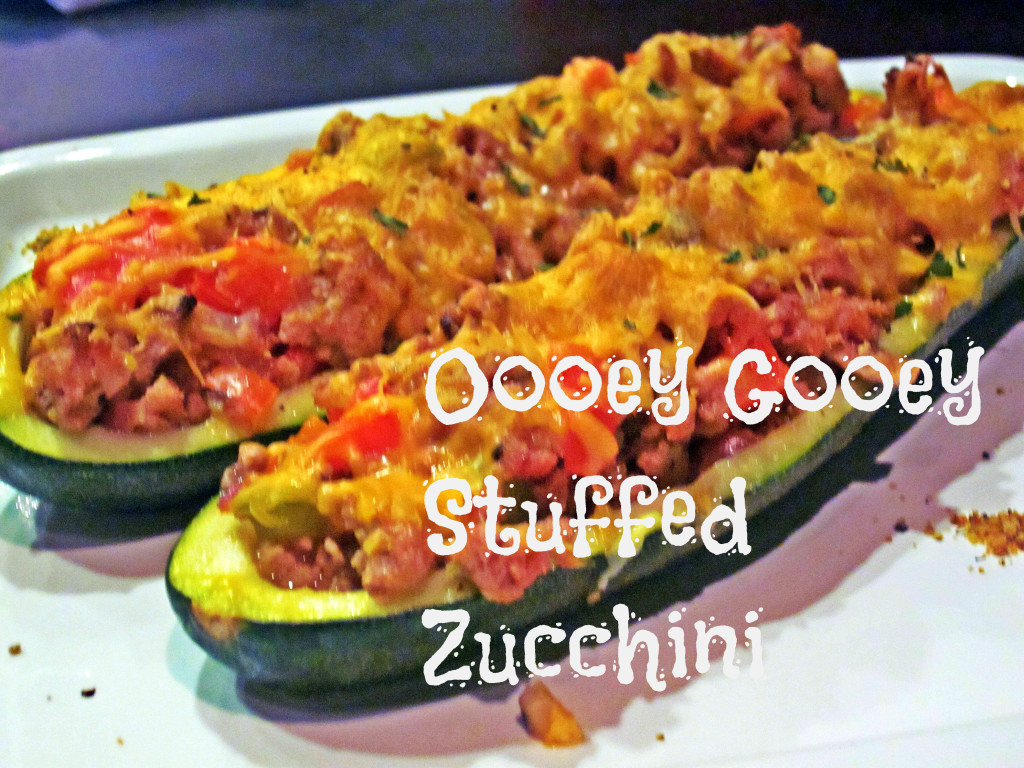 Adapted from Cinnamon Spice and Everything Nice

Directions:
Preheat oven to 400 degrees F. Combine ground turkey, all veggies and salt and pepper in a medium high heat pan until turkey has browned and veggies are softened (about 5 minutes). Drain off excess moisture and add ground turkey mixture to a large bowl.
In the same pan heat the butter for the sauce over medium-low heat, whisk in flour and cook 1 minute. Whisk in milk and mustard. Bring to a simmer and cook 2 minutes. Turn heat down to low and add 1 cup of the pepper jack stirring until completely melted and smooth. Remove from heat and allow to cool a little.
Meanwhile wash the zucchini and slice them in half lengthwise. Scoop out all the seeds leaving the zucchini intact. Place on a large baking sheet or roasting pan. (Other recipes I’ve seen call for boiling to zucchini before you place them in the roasting pan – I disagree and find it makes them too soft and soggy.)
Stir the cheese sauce into the ground meat. Taste and season with salt and pepper if needed. Spoon the meat into the zucchini boats, sprinkle the tops with the remaining 1/2 cup of pepper jack.
Yummmmmmm!!